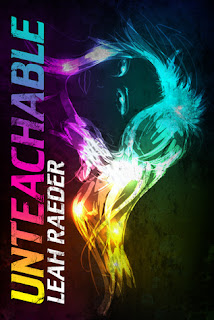 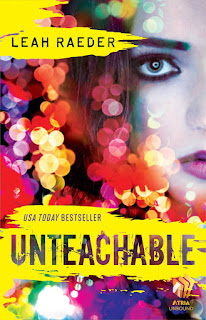 Maise O’Malley just turned eighteen, but she’s felt like a grown-up her entire life. The summer before senior year, she has plans: get into a great film school, convince her mom to go into rehab, and absolutely do not, under any circumstances, screw up her own future.

But life has a way of throwing her plans into free-fall.

When Maise meets Evan at a carnival one night, their chemistry is immediate, intense, and short-lived. Which is exactly how she likes it: no strings. But afterward, she can’t get Evan out of her head. He’s taught her that a hookup can be something more. It can be an unexpected connection with someone who truly understands her. Someone who sees beyond her bravado to the scared but strong girl inside.

That someone turns out to be her new film class teacher, Mr. Evan Wilke.

Maise and Evan resolve to keep their hands off each other, but the attraction is too much to bear. Together, they’re real and genuine; apart, they’re just actors playing their parts for everyone else. And their masks are slipping. People start to notice. Rumors fly. When the truth comes to light in a shocking way, they may learn they were just playing parts for each other, too.

This book. WAS A FIREBALL. Like seriously, oh my god. I finished this so quickly, my heart jumping out my ass every few pages, eyes frantically scanning each page, devouring it. I loved it. And I’m of course about to tell you why.

As controversial as it is, we all sit on either side of the fence when it comes to the student-teacher relationships. While this review doesn’t call into question my personal views of it, I will say, that I am greatly glad that the relationship that developed between Evan and Maise was legal at the very least.

You think this is going to be your usual forbidden love story about a student finding out the guy she hooked up with at a carnival before her new semester started, ends up being her teacher. You’re right, it follows that path exactly, but what I loved about this story was how heartbreaking, real, and haunting it was - which I know is a weird way to describe such a storyline. But I don’t really have any other words for it - the bond between Evan and Maise is messy, tenuous, beautiful, fragile, ugly, everything that love is to be honest. There was a raw quality to this book, it wasn’t some sugar coated fairytale love, instead I really got the characters and what they were going through - so well was the writing and development from the author. A stark contrast to another student teacher relationship story I read recently, Losing it by Cora Cormack (review for which can be found here). Unteachable is THE story I wad hoping for when I read Losing It, but failed to get. Instead, I found it here, in this book, this story, these characters - with an author who did it right.

Poetic, beautiful and here’s just one quote of the many that this novel spits out at you when you least expect it.

“I’ve been thinking about this all day,” he whispered.
I brushed my cheek against his. The earth sank beneath us, pressed by the weight of the whole universe above. How could it set us up like this, every planet precisely aligned, if it didn’t mean for us to collide? His heart crashed against mine, fierce and steady.
I pushed myself up on my palms. “You’ve done something to me.” My voice was quiet, too, a ribbon of breath threading into the breeze that stirred my hair. ”

It’s so intense, this thing between these two characters. Granted I did feel like there were one too many sex scenes, but as weird as this is going to sound, each of those scenes, though the act was repeatedly the same, it felt different in each. Some scenes were urgent, frantic, full of animal desire - others were really tender, slow, sweet. There were even scenes were there was no intimacy at all, just words and that alone managed to strip bare both these individual characters. I really fell into this book, sucked in, experiencing every moment that mattered with a pang. The more I read this, for some reason, I kept visualising this as a vintage-ishh movie reel, with bokeh lights and soft edges, carnival scenes, scenes in the bedroom, scenes in the rain. Maybe because a lot of this book resolves around filmography, about Maise’s desire to work on movies, about Evan’s once upon a time dream of being an actor.

There’s a certain fragility to this story, it’s tenuous and fluttery at first, but the more we find out about these characters and their lives and how they intertwine, its precarious not just because of the nature and status of their relationship, but also because it’s a real and raw portrayal of love itself. The fleeting-ness of it all, the vulnerability, the intensity - and for me personally, all of this was captured to wonderfully well with these two characters.

Talking of the characters themselves - I loved both Evan and Maise, and I appreciate the fact of how real they felt, fully fleshed out, raw edges, imperfections galore and the ability of both these characters to see themselves fully, unhidden, acknowledge what they were like, the pitfalls, the real person behind their facade. Told through Maise’s point of view, we got the most sense of this from her, the way she sees herself, sees others, the snippets of hindsight comments she adds to her narration as the story moves along, a foreshadowing of what was to come that she should have seen the signs for. I loved that, it kept the narration fresh and easy to follow for me.

Evan of course came across as nothing but a gorgeous and sweet character in my head. I visualised him as being Oscar Issac. Who is 1. gorgeous and 2. gorgeous. About sums it up right? Kidddinngggg guys - but Evan in this story isn’t some arrogant, egotistical, creep who preys on students, or not even that, but he’s not mean, or gives off a negative or weird vibe like a teacher who sleeps with a student would - mainly because A - they slept together before he knew they were student teacher, and B - as the story goes on, it’s more than physical, there’s a change within them both, they form an honest and real relationship - which means it’s undoubtedly full of flaws and fears. Evan is gentle, sweet, caring, passionate, honest. All things wonderful and I’m so glad the teacher in this instance was portrayed as such. AND he’s hot. Like smoking. For that very reason, Oscar Issac just popped into my head. Let’s add some visuals shall we? I mean come on, tell me this wouldn’t be THE perfect Evan for this story? That picture on the top even looks like it could be from the carnival scene where he first meets Maise. 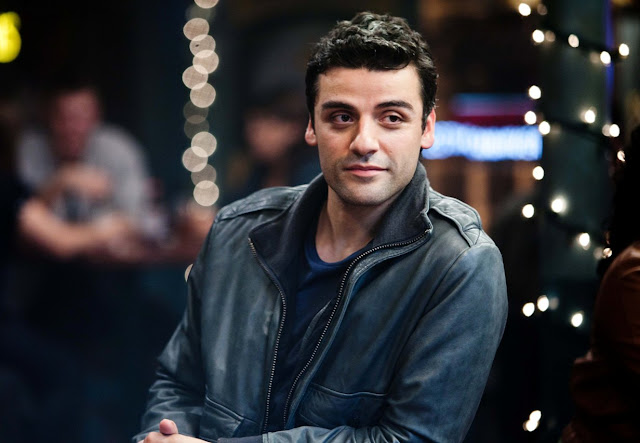 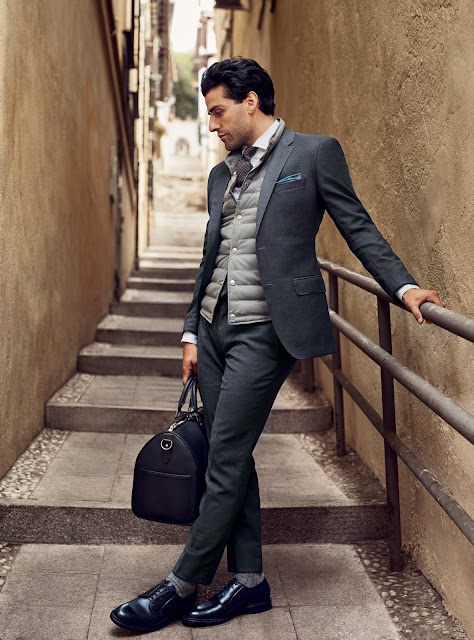 I'm also somewhat surprised at myself, because my brain would instantly run to Ezra Fitz from Pretty Little Liars (c'mon guys, we alllll know who I'm on about here) when a student teacher relationship is mentioned. But for some reason, in this book, the first image to sideball me was of Oscar Issac instead. I AIN'T COMPLAINING.

I loved Siobhan, Wesley, even Hiyam for their diversity of characteristics. The pacing of the book was brilliant, and of course the whole forbidden relationship aspect between them really keeps you on the edge of your seat. Like dude. That scene with Wesley and the revelation was a total ‘OH SHIIII HE DIDN’T” heart stopping moment. I swear my palms were getting slick with what was going to happen next. My heart was pumping furiously, thinking surely he wouldn't do this?! Unreaaaal.

I wish there was more to the ending; in a sense I get it, there wasn’t much to draw out, but it felt a little unfinished to me and wanted a more wholesome wrap up to the story. Maybe just a couple more pages to round it off - but aside from that gripe, I loved this book. I felt somewhat intoxicated by this story and the rush in it - like I said earlier, I felt like I was reading this book through a bokeh-ishh haze, soft and rounded around the edges.

Also, MAJOR fist pump for this part of the book:

“I looked at my desk. Someone had carved RIHANNA = SLUT. I thought about adding CHRIS BROWN = DOMESTIC ABUSER, but Mr Wilke probably would've caught me before I finished.”

I loved it, and it was a book that was well done given how easy it is to veer off the far end of this kind of topic in a book and make it a hot mess - but this was just perfecto. From the characters, to the writing - would totally recommend this to everyone.