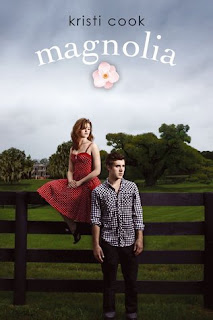 In Magnolia Branch, Mississippi, the Cafferty and Marsden families are southern royalty. Neighbors since the Civil War, the families have shared vacations, holidays, backyard barbecues, and the overwhelming desire to unite their two clans by marriage. So when a baby boy and girl were born to the families at the same time, the perfect opportunity seemed to have finally arrived.

Jemma Cafferty and Ryder Marsden have no intention of giving in to their parents’ wishes. They’re only seventeen, for goodness’ sake, not to mention that one little problem: They hate each other! Jemma can’t stand Ryder’s nauseating golden-boy persona, and Ryder would like nothing better than to pretend stubborn Jemma doesn’t exist.

But when a violent storm ravages Magnolia Branch, it unearths Jemma’s and Ryder’s true feelings for each other as the two discover that the line between love and hate may be thin enough to risk crossing over

Throwing a contemporary book review in the mix here, because I’ve realised that the last few book posts I did were mostly thriller/crime ones or unsavoury topics. NOT TODAY MY MINIONS, NOT TODAY. I wish I could say this is going to be a fun and lighthearted wonderful book that I recommend from the bottom of my little soul (or is it meant to be heart? I forget, since I have neither) JUST KIDDING. I do have both. But sadly this book did nothing to either my heart or my soul.

I’ve seen so many great reviews about this book and how cute and fluffy it was the characters to just SWOON for. I’ve seen it featured on so many ‘must read’ contemporary and YA lists, and having finally gotten around to reading it, I literally said this word out loud into the real world - ‘MEH’. That’s all this book was to me. Turns out I had a problem with the girl, the guy, the plot, and every cliche thrown in there for good measure. Let’s start.

Enter Jemma. Harbours both a crush and hatred for the boy who didn’t take her to prom because she overheard him talk shiii about her and she didn’t bother showing up. Fair dos you know, I wouldn’t want to go with him either. But as she grows up, she doesn’t seem to grow out of her hatred for that moment. There was no confrontation, no demanding of why he said such things - instead what does she do? She hates him and shouts at him and says mean things to him with every fibre of her being, and when said guy questions why why why why why all this spawning hatred - she instead shuts down and tells him to forget about it. I MEAN, BRAVO. Because that sounds sensible, instead of airing out an issue that happened about a million years ago, the guy has no idea what he’s done to piss you off and you just continue that on. But oh no that’s not enough - she also finds him hot and can’t help being attracted to him. YELP. You can sense where this shitstorm is going, can’t you? To top things off, at a party, she wanders off into the trees with a partially drunk guy that she’s known for yonks, and lets him stick his tongue down her throat when she doesn’t reallyyyyyy like him but yeah sure why not, for bants eh? *inner Londoner coming out again*. Despite the fact he ends up really liking you and calls you his girlfriend and you LET HIM but you’re pining away for Ryder who you hate and is friends with said guy you’re dating. GOSH. I don’t want to say it like this, but really is there any other way? Our main female lead is stupid as rocks and she really doesn’t come off great in this book with her immature actions and thoughts.

I read someone else’s review and they pretty much nailed it with the comment below, kudos to you reviewer for that, thanks!

“My problem with Jemma is that she's not a likable character. She wants to make films, but there's a tornado out there and it's Ryder behind the camera? Where's the passion? She says she hates Ryder yet she talks about him all day. Where's the logic there? She judges, she has bad temper, she feels bad for the snake she murdered but not for Patrick. Where's the...? ugh. don't mind me.”

EXACTLY HOW I FEEL, THANK YOU.

Ryder on the over hand..okay.

I feel bad for him, sure, but my sympathy for him is swallowed up by the fact he sees anything remotely likeable in Jemma given all that she has done and said to him. He ticked all the boxes in being decent male character but he didn't seem real, fully fleshed out - he really did seem like a character written just for the book. Between him and her and that storm *major eye roll though, how convenient that they end up being holed together in the house for days on end..* there was no chemistry. No passion. It just felt awkward to me.

The only potential that was left untapped and totally ruined was the scene with the storm. Storms are meant to be the moment where two characters who we’ve been shipping throughout the whole book, finally end up holed together, there’s passion and shyness and fire and all things epic. But nope. Not this time around. Sorry Ryder, you picked a bad’un with that Jemma.

Problem 3: Random Things That Just Happened But Could Have Been Done Without.

SPOILERS AHEAD. Another warning since I’m nice. Or because my first mild spoiler warning was right at the top of this post, which was about 5-scrolling years away thanks to my rant. ANYWAY.

Okay, so yeah, killing Patrick, the boyfriend, felt really out of place and unexpected. Like another reviewer said, Jemma felt more sad about shooting a snake than she did about Patrick dying? COOL. Also. The plot with her sister having a tumour also served no real purpose except maybe for her parents to be out the city and she has to shack up with Ryder during the storm. Her tumour plot wasn’t fully resolved, it just kinda faded into the ending. With or without that storyline, the story would have pretty much remained the same.


The bottom line is, this book was doomed from the start - or from the moment I turned that first page, same difference. The characters weren’t great, the plot was cliche and badly executed, the only saving grace being the writing was okay and despite having so many grievances with the book, I did finish it. That’s where any positives end though. Give is a skip guys, really.