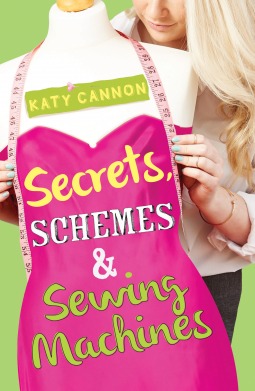 Grace: This was supposed to be Grace’s starring year, until she opened the door to a family secret that changed everything. Now she’s stuck making costumes in Sewing Club and watching someone else play the lead role – unless she can find a way to win it back.

Connor: Far from home and exiled to a new school, all Connor wants is to keep a low profile and get through the year. But agreeing to help his step-dad out with the school play means he’s soon caught up in Grace’s schemes.

Grace had a plan for this year – and it didn’t involve learning to sew. But being out of the spotlight isn’t the disaster she imagined, even if Connor is convinced she’s still a diva extraordinaire. Can Grace prove she’s really changed and save the play from the sidelines, even though her family is coming apart at the seams?

Thank you as always to the wonderful people at Stripes Publishing for giving me this beautiful book that tells an even lovelier story. I recently read (and loved) Katy Cannon’s Love, Lies and Lemon Pies - the review for which can be found here.

If you’ve read that, you’ll know who Grace is. If you haven’t not to worry, as the book works wonderfully as a standalone, as well as an au-pair if you will, where you get to revisit some of your favourite characters from the first book.

We meet Grace, who came across in the first book as a pouty, diva/drama queen who is used to getting her way. On the outside, she is the epitome of the blonde popular girl stereotype, but Cannon unpacks this character in SSSM (shortened for ease) to show us that there are cracks in the interior of what people seem as someone with the perfect life.

We see Grace trying to keep her head high as her family life comes tumbling down around her – she’s used to being at the top, the popular girl, but after being turned down for the lead role in a play the school is hosting, Grace is instead shoved unceremoniously into the costumes department. What starts off as Grace’s plan to impress the teacher with her enthusiasm for sewing so she can convince him to give her the role again, turns instead into something Grace excels at and actually enjoys. Something which I loved in Cannon’s earlier novel and in this too – the way these characters are thrust outside their comfort zone for one reason or another, yet find that it’s just what they need, on the road to self discovery.

Grace sheds the shell of the person everyone assumed she was, and instead found she wanted to help others, really help them – yet I loved that she didn’t abandon her own goals – instead she learnt more about herself and the people she loves, as she headed towards her aims.

I will admit that the romance aspect between Connor and her didn’t interest me as much – I was more drawn in by the character development of Grace and the inclusion of the characters (like Jasper, Lottie, Mac, Yasmin etc) than seeing the budding romance between them.

The addition of sewing tips and tricks at the start of each chapter is another aspect I really enjoyed, and you’ll be familiar with the idea if you’ve read Cannon’s first book. It makes a nice change to see these extras and I feel it may even urge some readers to be interested enough to pick it up. It sure did bring back memories for me, of being in year 4 and part of the knitting club at lunchtime where I managed to knit a scarf… that took me 6 weeks. ANYWAY.

Cannon produces another wonderful contemporary with her easy writing and likeable characters. (Insert bit about extra content). Though I loved Love, Lies, and Lemon Pies more, this was still enjoyable and I’m on the road to read any and all of Cannon’s works when they come out and you should too.

In the meantime, I think it’s in your best interest to go ahead and take a leaf (or page, literally) out of Cannon’s book and attempt to make your own laundry bag. 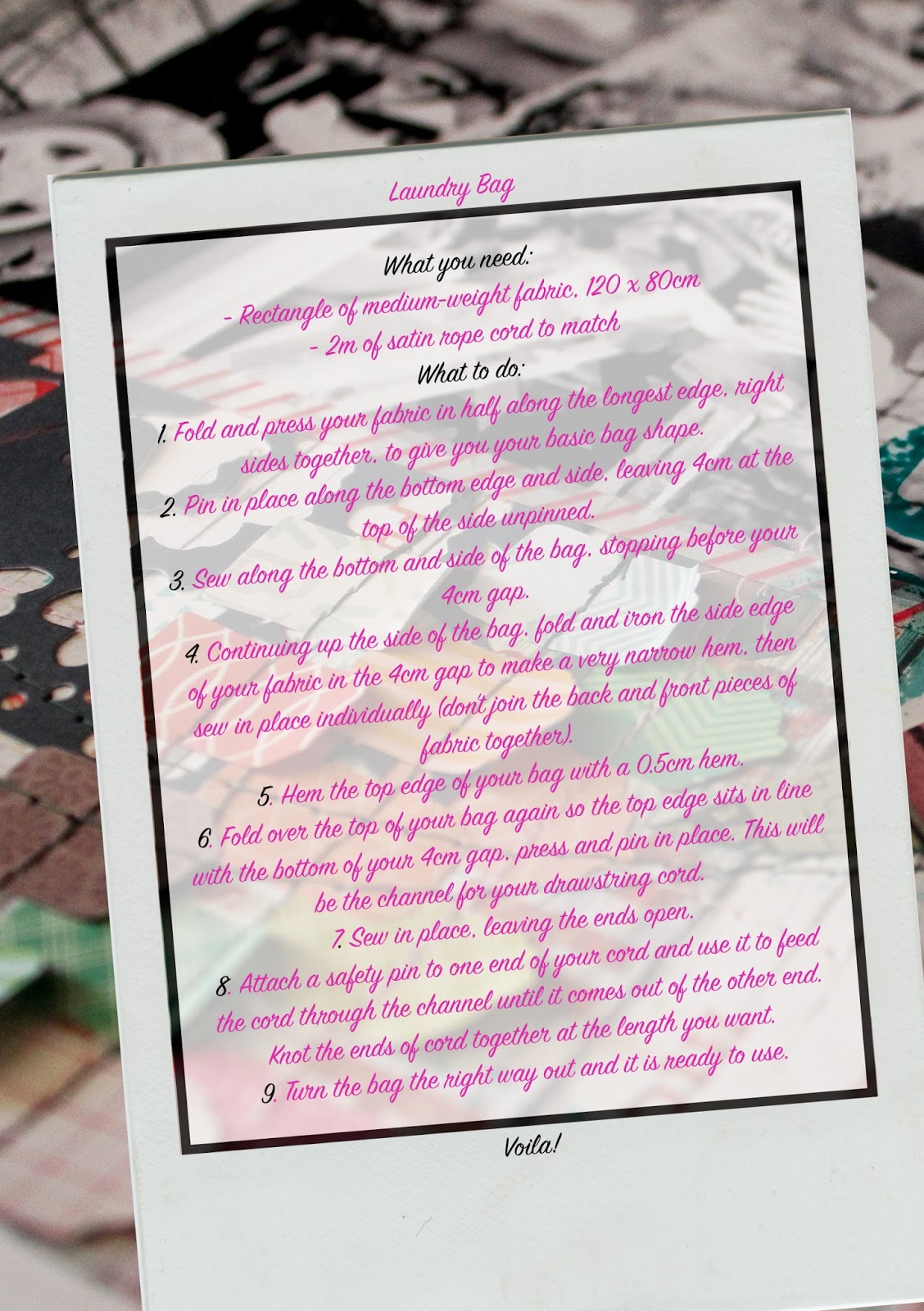 Also. Here’s a shot of what the Stripes Publishing team whipped up.. fancy, no? 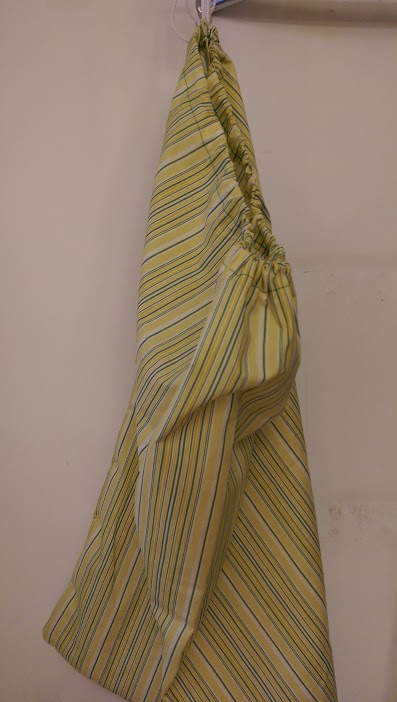