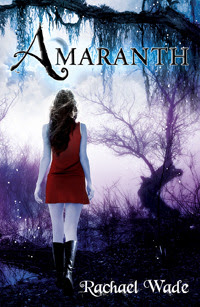 Summary:
Knowledge changes everything… Hoodoo-influenced Southern Louisiana seems like the perfect place for Camille to relocate and escape her abusive past. She didn’t expect to fall in love and plummet herself into the world of Amaranth, a place of exile for reformed vampires. Thanks to her deadly vampire ex-boyfriend, she’s confronted with decisions that not only threaten her life but the lives of her inhuman friends that she has come to love. Entangled in her friends’ quest for freedom, she dives into their realm and faces the threats of the ruler of Amaranth—the mother of all vampires—and her own inner demons. Will she derail her life and make the ultimate sacrifice for the very monsters that interrupted her bumpy path back to sanity—the one she wanted so desperately in the first place? Or will she find a way to escape with her vampire love before it’s too late?

Buy it on Amazon

My review:
Drawn in hopelessly by the already beautiful cover of this soon-to-be-released book, I knew the story would be something that would catch my attention and it did indeed ;) After seeing a lot of people on blogs around me reading and reviewing this kindle version novel with great reviews, I was over the moon when I got in touch with Rachael and she generously provided me with the PDF to this as well as offering her time for an interview and a giveaway! I couldn’t believe it, and with that under my belt, I was already taken in by the book and even more by the time I finished reading it.

Analysis of plot & characters:
Rachael Wade, armed with a new and refreshing idea that is set aside from the cliché vampire tales of today, came at the readers with a burning story with definitely lit up my interest. With a main character who was involved in abusive relations, the story already adds a realistic feel to it as many can sympathise or relate with the downside to dating. Yet as we watch the likeable main character of Camille travel the depths of beautiful Paris and the surprise encounter with a stranger like Gavin, we get the subtle hints that there’s something in the air for her and we are proved right as later on, Rachael adds a touch of romance to the story which is always a plus ;) After meeting Gavin a second time after her surprise encounter, she starts to unearth secrets that change the world around her yet we as readers are taken on this journey with her, as Wade allows us to see the change Camille encounters.

Not only that, but through Rachael’s writing we get sprinkles of romance, suspece, humour (in the form of Joel who I loved) as well as some sadness which doesn’t overshadow the novel but brings more realism to the book. I definitely found myself smiling and feeling a wrench in my heart as I read this and I loved that it brought emotions like that out in me (:

The authors writing technique was an additional bonus to the delightful story as I found myself becoming lost in the world Wade had created and her writing had an exquisite flow to it which allowed me to read uninterrupted. The characters too were built up with enough substance and mystery which allowed readers to get closer and familiarise themselves with a number of characters in the book.

Overall:
What can I say, I loved reading this refreshing tale and I can’t wait for what Rachael has next in this series! Add in the fact that Rachael herself is an awesome and immensely kind person, well I can’t wait to read ANY story she brings out and is definitely someone I’ll be pining to read books on, so thanks again Rachael for being an awesome author and person ;)

As a treat for those who wish to read this awesome book, I haaaveeee for youuu a giveaway of the e-book mentioned above, so 5 lucky winners can win a copy of “Amaranth” as well as wait for it.. an author interview from Rachael herself who was really kindly offered her time to answer questions about her book and herself! :D *make some noise*

So keep your eyes opened as I’m about to post the giveaway very very very soon and will be adding the interview as soon as I send off some questions for Rachael! In the meantime, be sure to hit her up and don’t be afraid to chat with her on the following links: 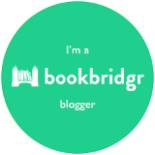